我不喜欢这世界，我只喜欢你 is one of my all-time favorite c-novels, so how could I not watch the drama adaption? Plus, the lead is Janice Wu, and her smile is one of the most adorable things. So. 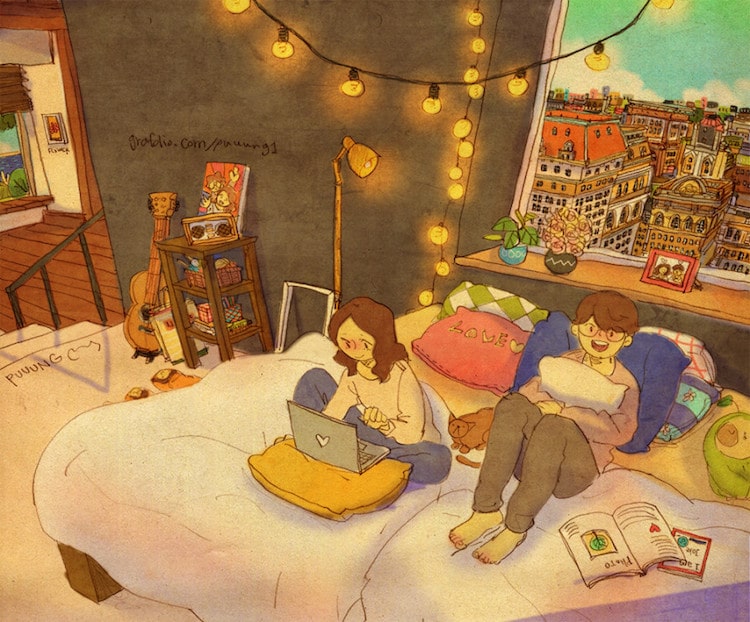 I’m stupid attached to the original novel title, and was really sad about the drama cutting out the “But… But I don’t like the entire world, I only like you” line!!! It was everything!!!!! “Le Coup De Foudre,” in light of that, is pretty cute – a thunderbolt, literally, or, figuratively, love at first sight – but, seeing as the entire story was about gradual feelings and growing up and growing together, it didn’t seem to fit as well?

And in a similar vein, whilst the drama kept the main cast the same as that of the novel, the drama became really tragic. Both follows, in the most general of terms, the MC’s journey from childhood to adulthood, and her concurrent relationship with her crazy-smart childhood desk-mate, YM, who eventually becomes her husband. The book dealt with some heavy stuff, namely the MC’s insecurities and the childhood incidents that lent a hand to some of them, but the MC’s cheerful, forward-facing personality brightened things up and lent a strong note of hope to it. The book touches briefly on the MC’s father, but never goes into quite so much heartbreaking detail, focusing instead on the family the MC has in her hard-working mother and silly, doting brother. The drama adds it’s own spin to this frame: instead of the MC having back issues because of a spinal surgery due to scoliosis, the MC’s surgery was prompted because she had an abusive, alcoholic father, who went too far one night. Instead of a silly older brother, GC is a slightly older twin in the same class, who’s still a little silly, but now a lot girl-crazy. The drama introduces a new character to the MC’s family: their friendly local policeman, who falls in love with the MC and becomes their fiercely protective, equally silly step-father. The MC’s recollections in the novel were colored by a hope and cheer you only gain in hindsight; the drama untangles the scenes in the moment, and takes on a far more somber tone, especially given it’s new additions, focusing far more on the MC’s tragic family occurrences and her perceived shortcomings. Neither is better than the other – though I have to say, in my own biased opinion, that I drastically preferred the novel’s choices – it’s just interesting to note how different interpretations of the same character can change the story so dramatically. 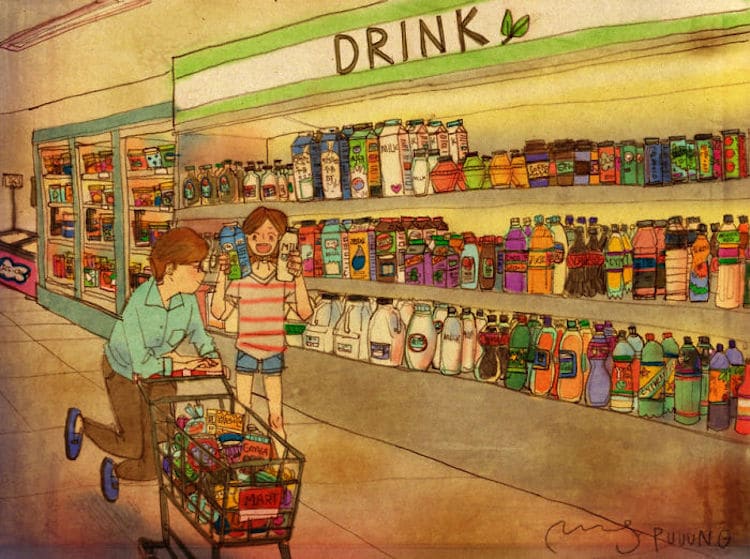 As it often happens with any adaption, there were some things I wasn’t… on board with, however. The biggest being: HWY’s personality changed so much? She went from outrageous and silly in the novels to whiny and irrational in the drama, which I really didn’t like because she was such a headstrong and fun person in the novels. I’m glad they kept the sneaker wedding gift scene though! HWY’s relationship with the MC was one of the most precious parts of the novel, and I’m glad the drama was able to retain some of that.

ALSO. Ugh. The reason for YM and the MC’s cold war during their university years? It made sense in the novel – YM confessed to her, in his own quiet way, but the MC wasn’t on his wavelength. They missed each other, and, caught up in their own things, ended up drifting apart for a few years, only to find their way back to each other once they were older, more sure of themselves. At the core of the novel was the MC’s reflection of herself, and a youth she characterized with sharp edges, edges that she said she had to learn to smooth herself before she was ready for a relationship like the one she had with YM, so it made sense. The drama, however, blew it up: YM kept pressuring the MC to study abroad with her, despite her not having the grades or the financial means. The former, she can change, but the latter proves a struggle. This, atop the other drama-exclusive elements added to the MC’s story – her father, her step-father, and her family situation – shoves a barrier between YM and the MC, at least in her eyes, cumulating in the MC standing outside the restaurant YM asked her to meet him in, but unable to go inside, plagued by thoughts of not being “good enough.” It places YM as forceful, the polar opposite of understanding, and irrational; it places the MC as timid and insecure. But these problems are never addressed later, merely magically fixed and shoved aside. It’s an element purely devised for the drama and, in the process, destroys the author’s original intentions in tying together central themes of her story. Yes, I had strong feelings about this – thanks for coming to my TED Talk.

I wasn’t a huge fan of the addition of YM’s childhood friend, but I liked how she and the MC became friends – the barbecue scene in which she admits that she’s never really had that sort of friendship, after which the MC’s first reaction is to call HWY so all three of them can become friends, following which they hype each other up and decide to drunkenly ring up their S/Os and air out all their grievances, while the other two offer drunken support in the background, was the funniest thing, but also super sweet – and after a while, her personality was pretty endearing? Cute. I can’t relate to her rich people struggles but I could appreciate her views and efforts. And, holy shit, the actress was so pretty??? And super expressive????? I can’t believe it’s only her first drama. 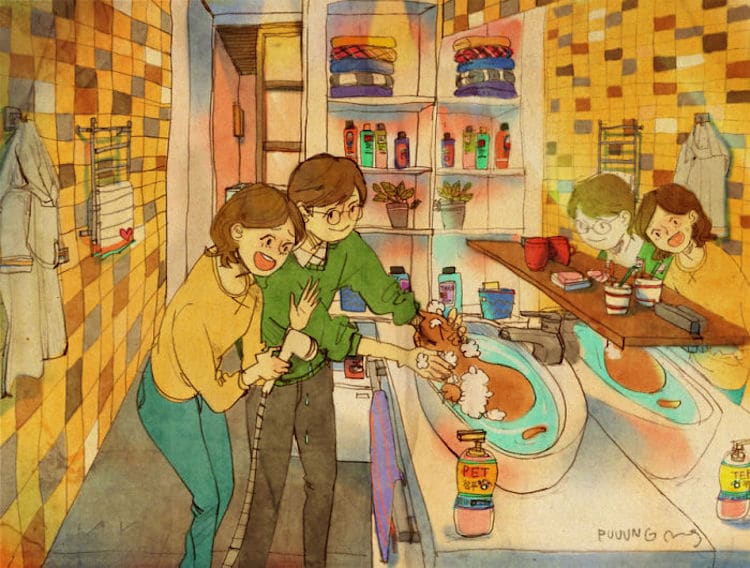 But the SIBLING RELATIONSHIP!!! (Although, and this is going to go off on a tangent real quickly, but I’m always amazed by sibling relationship portrayals in dramas, novels, and the like? My brother and I are close, but not like the MC and GC are – which is to say, we’re really fucking weird. Making-faces-across-the-table, strange-noises-instead-of-proper-greetings, ridiculous-fight-stances-at-completely-random-times, sports-style-commentary-while-shoving-responsibilities-on-the-other kind of really fucking weird.) This was one of the only things I think the drama managed to preserve, from the novel, in its entirety: the MC’s relationship with GC, and their bickering but entirely supportive and ever-dependable relationship, from childhood to adulthood. There are friends, there are significant others, there are parents, there are relatives, and there are siblings, and each relationship operates and acts slightly different from the next, which is a nuance I think the drama was really good at expressing.

I also love how they tried to include as many small tidbits as possible, though! Like the saxophone scene! And the feasibility report/PPT scene! The first half of the drama was particularly somber at times, and the little tidbits, whilst giving us a glimpse into the characters’ daily lives, and presenting little rays of hope for a light at the end of the struggle, managed to balance things out. 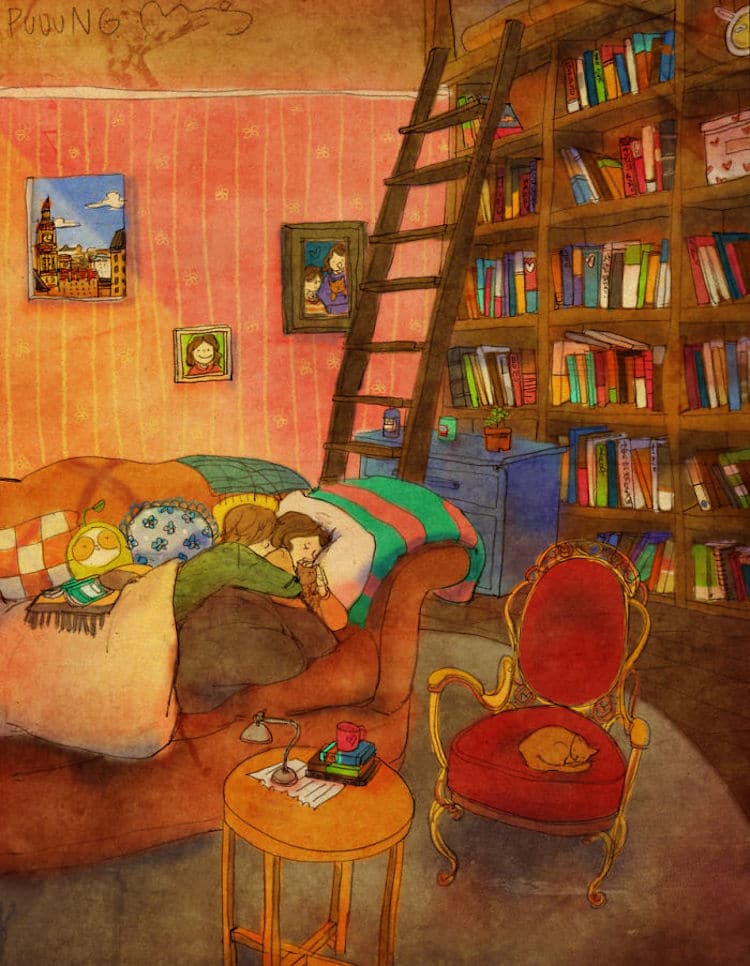 All in all? Le Coup de Foudre was a pretty good drama. I really liked the chosen actors and actresses, and the portrayed relationships, and outside the contexts of the novel, the storyline, though it leaned heavily into drama and melancholy, was solid. Compared to the original novel, 我不喜欢这世界，我只喜欢你, it couldn’t quite hold up, but we can’t always have it all.

(Someday, I will write a Short and Concise Blog Post, but clearly today is not that day. Thank you for making it down this far <3 Do let me know what you thought if you’ve seen Le Coup de Foudre – isn’t Janice Wu adorable??? – and/or let me know of your c-drama recs! I’m always on the lookout for a c-drama with a cute romance^^)