ひるなかの流星, and Suzume, particularly, is absolutely nothing like me and she’s just really pretty cool? I like the way she charges through life, boldly and just. Herself. As cheesy as it sounds, that itself is equally admirable. I remember this one scene in particular where she ties up her hare for an image change, smacks her cheeks once, and then picks herself up after falling into a bad spot – figuratively. Mamura is super cute, too. He’s awkward and bumbling and sometimes overthinks his way into embarrassing situations, but his straight-forward attempts and makes him feel genuine and endearing (and me sound like a grandmother. Look at these soft children trying to live their best lives!!). His family dynamics are wholesome and fluffy as well, and just what the story needs. Yuyuka, from love-rival to best friend, is a grounding force amidst the fluffy, bumbling main characters. Shishio, with his hipster-y off-day look and boisterous facade, is interesting and a needed addition, variety and color to ひるなかの流星’s cast of characters. Just purely based off of character line-up, and ひるなかの流星 is fluffy-cute and promising.

It is fluffy-cute! The character dynamics are just as bumbling, sweet, and endearing as you’d expect, and that, coupled with adorable artwork? It’d be stranger if it didn’t work out.

Buuuut, my only qualm? I wish the student/teacher trope would die out already. Shishio works just as well (maybe even better, honestly, especially in some of his scenes with Mamura) as a fellow student, and his dynamics with Suzume’s father can be kept if he was a slightly older student. 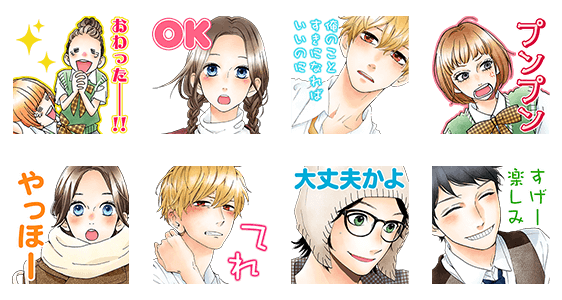 First off, I’m an Aesthetic Bitch™ so of course I’m in love with the title.

You thought ひるなかの流星 was the end of it, bUT. The age gap here too bothers me A Lot (twenty-eight and sixteen?), and the constant reminders that Fumi is responsible and capable and wise beyond her years does absolutely zip zero zilch to assuage those rumors.

So, 椿町ロンリープラネット follows ひるなかの流星. I see way too much of myself in Fumi and Akatsuki, so their little monologues and baby steps to individual self-improvement are actually really nice to read, motivating, in a way, and heartwarming in another, and the reason I’ve stuck it out with the story so far? Well, that and the adorable artwork. Of course.

BUT, and yes, there’s another Big But: I don’t like how Akatsuki uses Fumi as his emotional crutch. Call me an idealist, but I like to think that any kind of genuine, happy, healthy relationship should be a two-way street. Here, Fumi is the only one providing emotional output (for the lack of better words; re-reading this, and wOW can y’all guess what kind of field I’m in). Genuine, happy, healthy relationship? Noooot quite. She ends up occupying this odd multi-status as Akatsuki’s Mom, Caretaker, Girlfriend, Charge, Housekeeper, aND Therapist and that’s far too much for anyone, let alone high-schooler, a sixteen-year-old.

So, as 椿町ロンリープラネット winds down, I can’t help but think of how much it follows ひるなかの流星. Not in the story, per say, and not exactly by means of the characters, either, though both casts do share the quality of being colorful and endearing – but in the way the casts seem to always be fluffy-cute, down-to-earth, and full of potential, yet the main characters’ romantic plots are always written into less-than-idea scenarios that, had they been written/drawn by anyone else, I probably wouldn’t have picked up.

I wrote out this long thing, practically a monster-sized musing to myself at this point, but TL;DR? I really liked ひるなかの流星, and I liked 椿町ロンリープラネット, but I feel like that was 100% because of the characters, and if the main romantic relationships hadn’t been so blatantly imbalanced, I think I would’ve enjoyed them a lot better? Yes.

Happy Wednesday! I’ve managed to push out another translation – this marks two in a row! This one’s a song from 『ヲタクに恋は難しい』. It came out over a year ago, but I just finished watching it a few days ago ^^;;; I’d highly recommend it to slice-of-life lovers! It’s super fluffy and cute, and the entire cast of characters are all quirky and lovable in their own individual ways. And this song is just as cute <3 As always, this post is drenched in atrocious grammar, and if you spot any mistakes, please feel free to let me know. Enjoy! 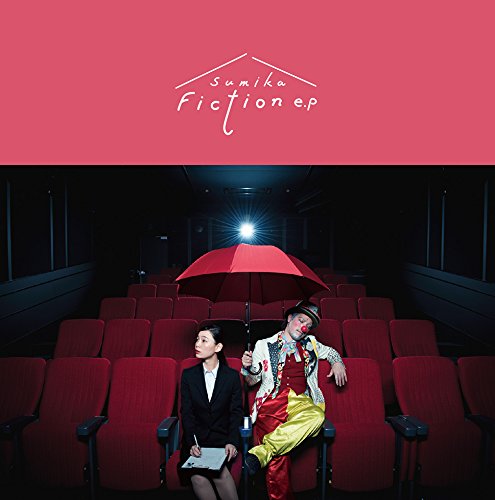 さあ 今日も始めましょうか
so, shall we start today as well?
昨日挟んだ栞の続きから
from the bookmark we left in yesterday
楽あれば苦あり
there’s no pleasure without pain
ストーリーは波の隨に
our stories are at the mercy of the waves

深い海を抜け
fall out of the deep sea
空飛ぶ街に繰り出し
fly through the sky until we reach a town
そこから降りれなくなり
but we’re unable to get down
脈絡のないような展開も
surely, even these disjointed developments
きっとオンリーなストーリー
are unique stories

いつになれば終わるんだ
I wonder when it’ll end?
皆目見当もつかない
I have no clue
お生憎、見当もつかない
unfortunately, there’s no way to know

さあ 今日も始めましょうか
so, shall we start today as well?
栞挟んだページ涙の跡
at the page we bookmarked, stained with tears
苦しくて思わず閉じた
hurting, we had closed it without thinking
理由は忘れずに
but we haven’t forgotten the reason

破り捨てたい時は
when you want to tear it up
もう一回
just go back again
付箋の場所を読み返し
and read the labeled places
そこに在ったストーリー
in those stories
彩るキャラは居ましたか
was there a character vibrantly depicted there?
さあ 思い出して
now, remember!

いつになれば終わるんだ
I wonder when it’ll end?
皆目見当もつかない
I have no clue
お生憎、見当もつかない
unfortunately, there’s no way to know